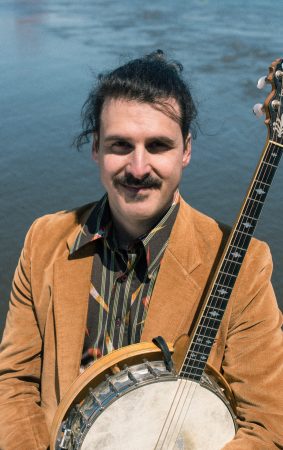 Recently nominated at l’ADISQ in the “Arranger of the year” category and at the Canadian folk music awards in the “Producer of the year” category, Marc Maziade was interested in music and in the Québec identity from an early age. Influenced by composers such as Béla Fleck and John Zorn, he was fascinated by improvisation, innovative forms, and the melding of traditional and modern music. His eclectic education spanned jazz, traditional, electronic, classical and world music, concluding with a Master’s degree in traditionally inspired composition, a first for Québec. Keeping busy with a variety of projects, his compositions can be heard on several short films, in contemporary dance productions, and through twelve time nominated band MAZ. In 2013 he was asked to use his expertise as a jury member for the Juno awards. He also served on the Canadian Folk Music Awards jury (2010 and 2013) and on the board of directors for Folk Music Canada.