In a flow of trad, jazz and electro, MAZ juggles with musical creation and tradition. IDs are sung and danced – they speak to heart, body and soul — withtout losing the mind!

On March 23rd, Les Poules à Colin and MAZ will unite for a special event, where both bands will present their new album to torontian ears,  Les Poules launching Morose, and MAZ, ID.

This double bill show will be held at Hugh’s Room ( 2161 Dundas St W), starting at 8:30PM. All the details can be found on Hugh’s Room’s website and on facebook.

PAC and MAZ are  two of Quebec’s most innovative traditional / folk bands. For a look at the previous PACMAZ event, held in Joliette in 2016, see the following video.

What a year 2017 has been, and what a year 2018 promises to be! With the holiday season starting, MAZ celebrates the generosity of the past year… and anticipates the excitement of the year to come.

2018 starts in Europe and Asia

In January, MAZ will take off to Germany for the 30th Internationale Kulturbörse in Freiburg (IKF), joining an official program of 180 performances from around the world. Immediately after, we will teleport to Shanghai for another major showcase event, in collaboration with Cinars. After MAZ in China, what’s to come in 2018?

The 2017 highlight for MAZ is the group’s participation at WOMEX 17 in Poland. Selected for an official showcase amongst thousands of applications, MAZ shared music and projects with 2500 professionnals from 90 countries. 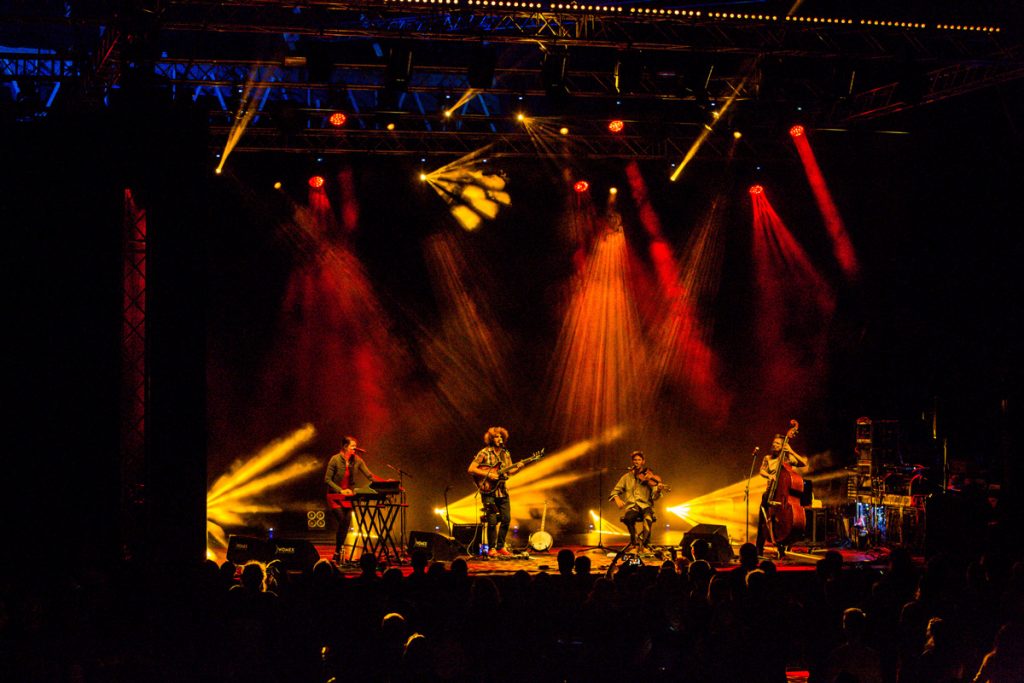 The year had kicked off with the ID album launches in Montréal, Lanaudière and Quebec City. ID recieved excellents reviews and two nominations for Album of the year, trad at l’ADISQ (Quebec) and World at the Canadien Folk Music Awards.

2017 was also busy on stage, with the new show premiere at Montreal’s L’Astral on October 21st, concerts in Ontario and British Columbia, as well as in Ghana (Africa!), where MAZ was performing for Canada150. The band was also very active at home, with nearly 20 shows in Quebec, from Côte-Nord to the Eastern Townships, Laurentides to Charlevoix and to Lanaudière!

Last month, MAZ was at Montreal’s L’Astral to premiere the show ID, with material from the band’s third album launched in Spring. Shortly after, we took off to Katowice, in Poland, to be part of WOMEX17. This year, we and 30 others were selected by the event’s independant jury – “The 7 Samurai” – from thousands of applications.

Back home and back on the road, MAZ continued its Fall tour, playing at Val-David’s Baril roulant and Saint-Jean-de-Matha’s CRAPO. 5 other shows are coming up :

See all the details on our Shows page.